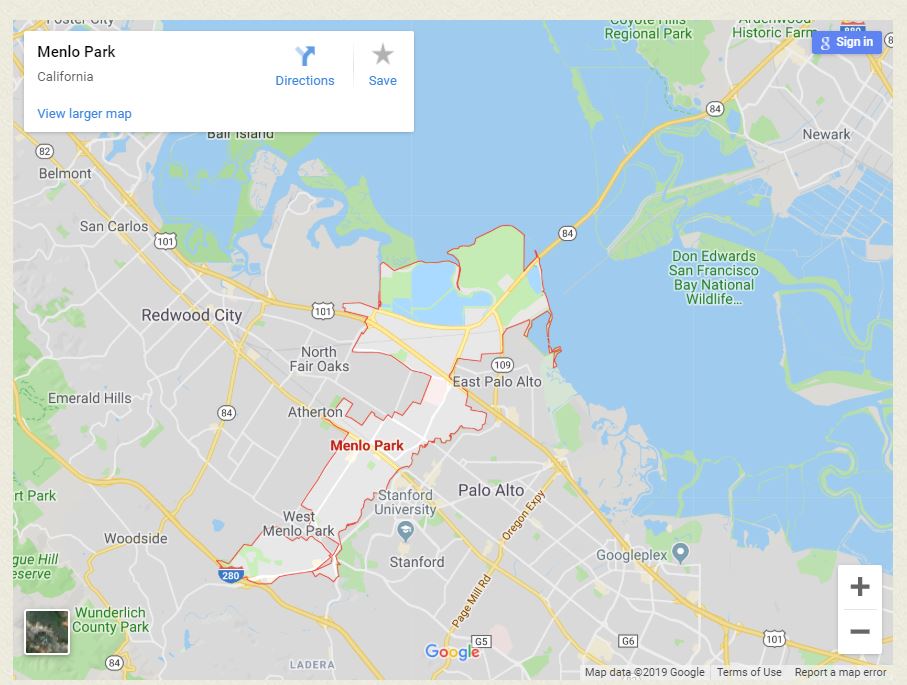 Once known as the “Sleepy Hollow of California,” Menlo Park did not take off as a community until after World War II. Despite its proximity to Stanford University, Sand Hill Road venture capitalists, dot-com start-ups and research institutions, “Menlo Park still at least seems like a small town,” notes Michael Svanevik and Shirley Burgett in their published “Menlo Park: Beyond the Gate.” Landowners first incorporated back in 1874, but chose to “disincorporate” a mere two years later. It wasn’t until 1927 that today’s city was established.

Menlo Park now offers a suburban enclave with many urban amenities: from a bustling downtown and strong public school district, to plenty of parks and recreation facilities. California is located in the Bay area, San Mateo County, in California. The 2010 United States census has stated that this city has a population of around 32,000. There are restaurants, shops and malls. For the adults, bars and nightclubs. The city of Menlo Park has a wide array of Community areas, Schools, and Parks. This community is known for the smiles and the tree-lined areas of the people who live here. With over 13 parks, Marketplace and Seniary Oaks, to name a few, there is a chance for families to have a picnic and take the children on an adventure to one of the many parks. Soccer, Baseball, and Tennis fields, add to this community, with and athletic choice for kids.

Thank you for your inquiry.